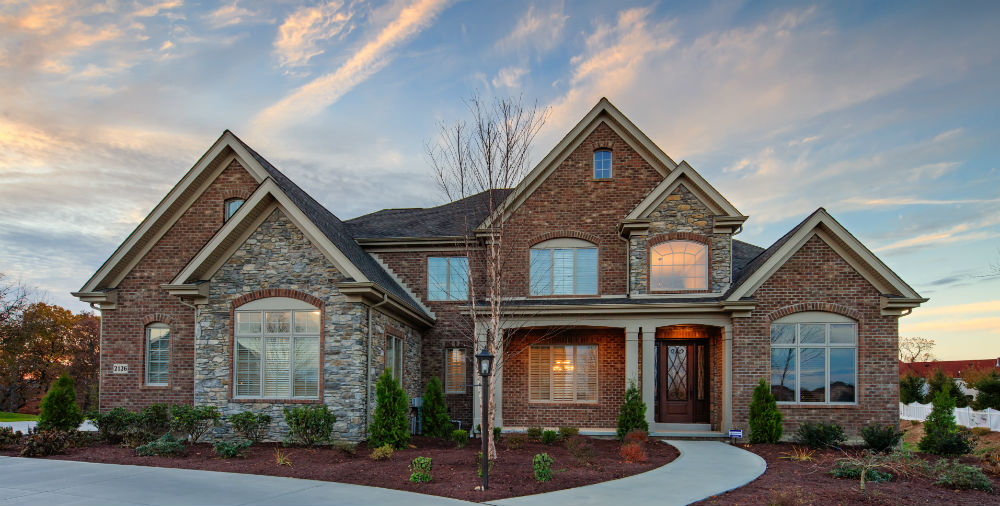 The client bought a double lot to accommodate a wider house with pleasing curb appeal and a large back yard. The style of home is a traditional brick and stone with a relatively complex roof line. Exposure from all sides made it important that exterior detailing be carried out on all sides, which was accomplished by the boxed out stair wells with their separate roof lines and detailed corbels.

The interior needed to be efficient as well as dramatic. As a young family they needed a lot of space but wanted private areas also. So in lieu of an open kitchen into the great room, they added a small keeping room in the rear of the house off the kitchen. This keeps the great room as a relatively clear space for family entertaining. 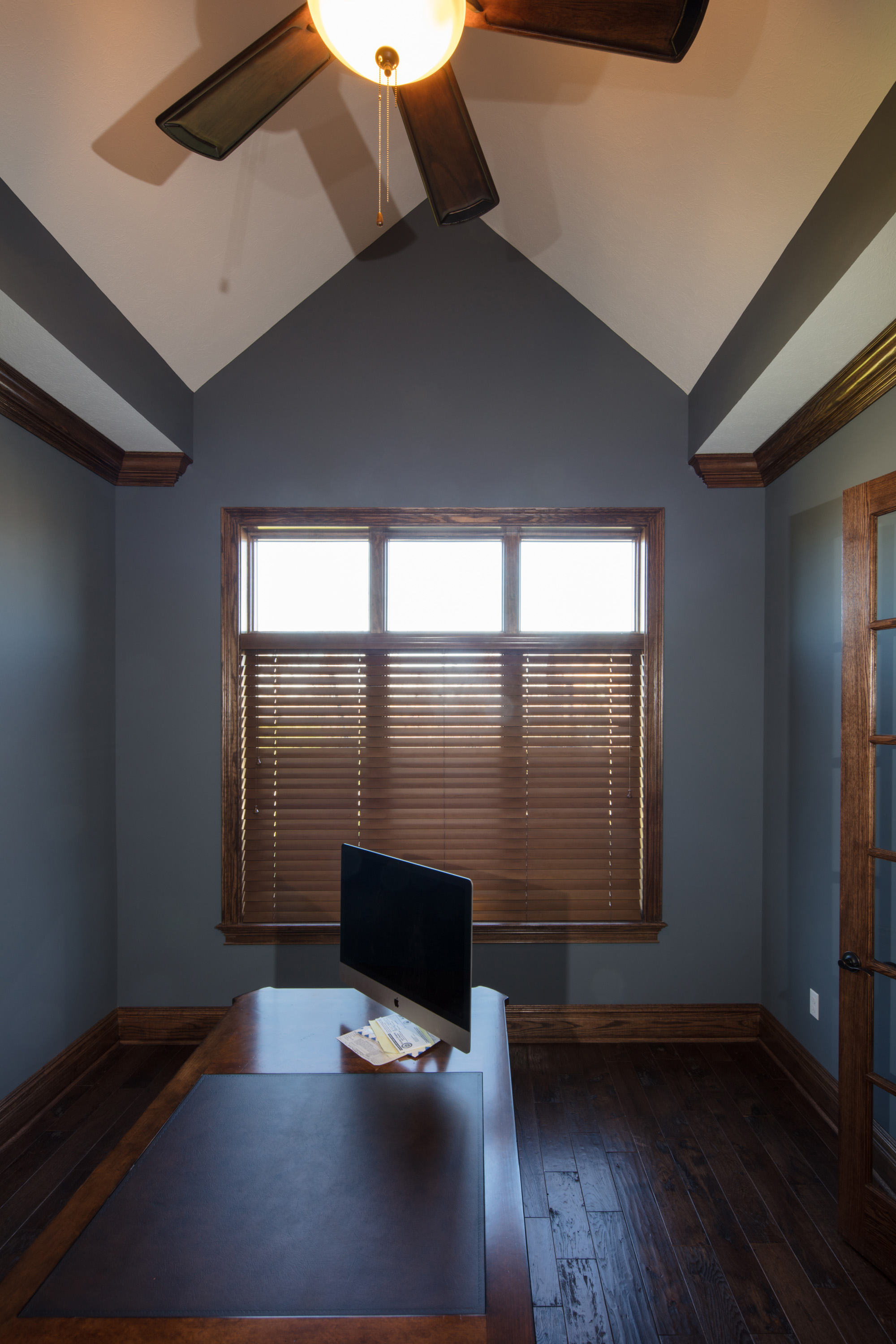 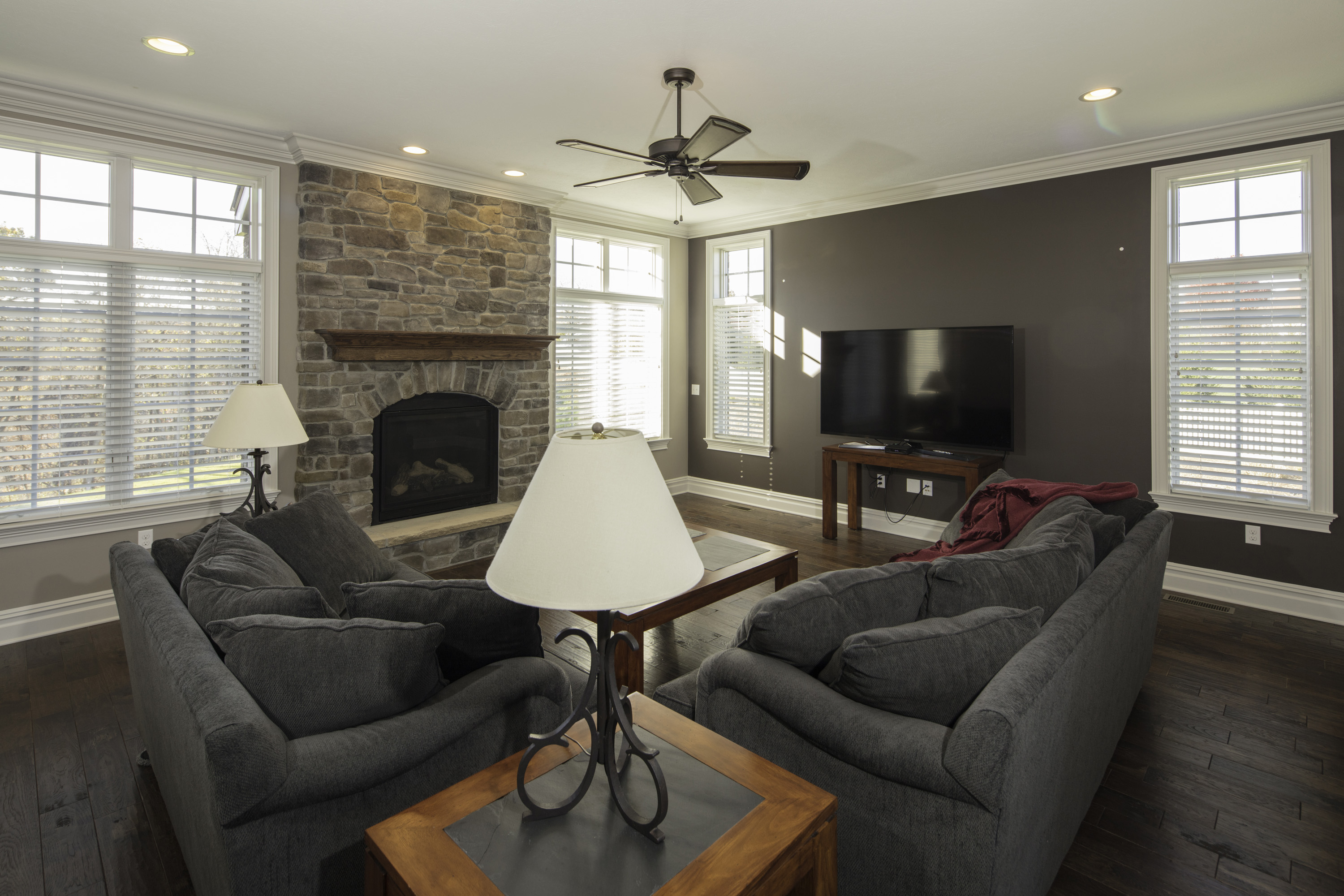 Not wanting to waste the space by having a vaulted family room but wanting to make a big impact, the first floor has 10’ foot ceilings. Both the dining and great room have coffered beam systems to provide the drama that the client wanted. In order to control the expense of these coffered beams they were built with framing, dry-walled with special niche corner bead and then crown molding was put in thus allowing the beams to be built at a fraction of the cost than if they were true wood. 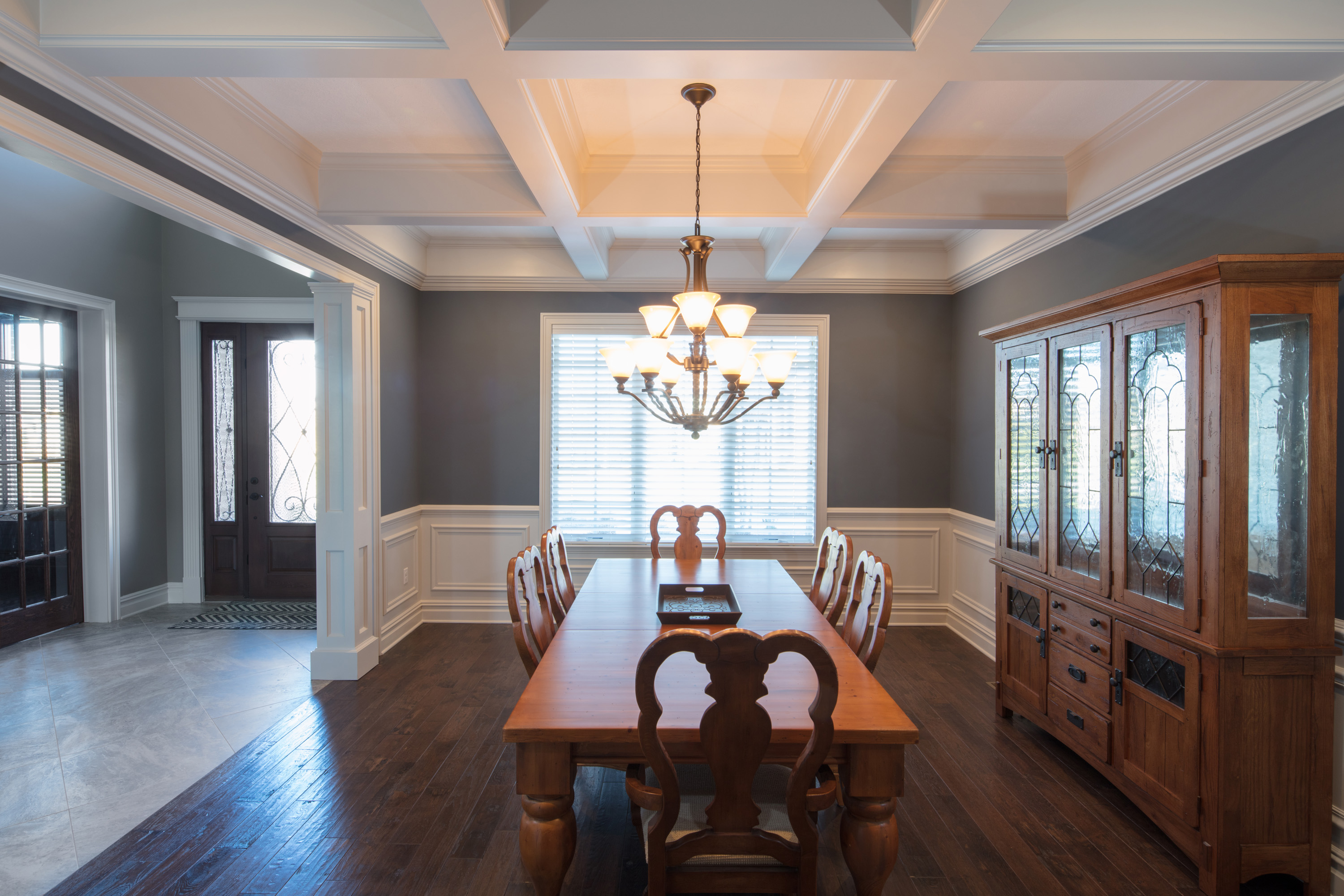 Columns were added to the front porch and carried into the kitchen design. Square columns on the interior make them seem less formal. 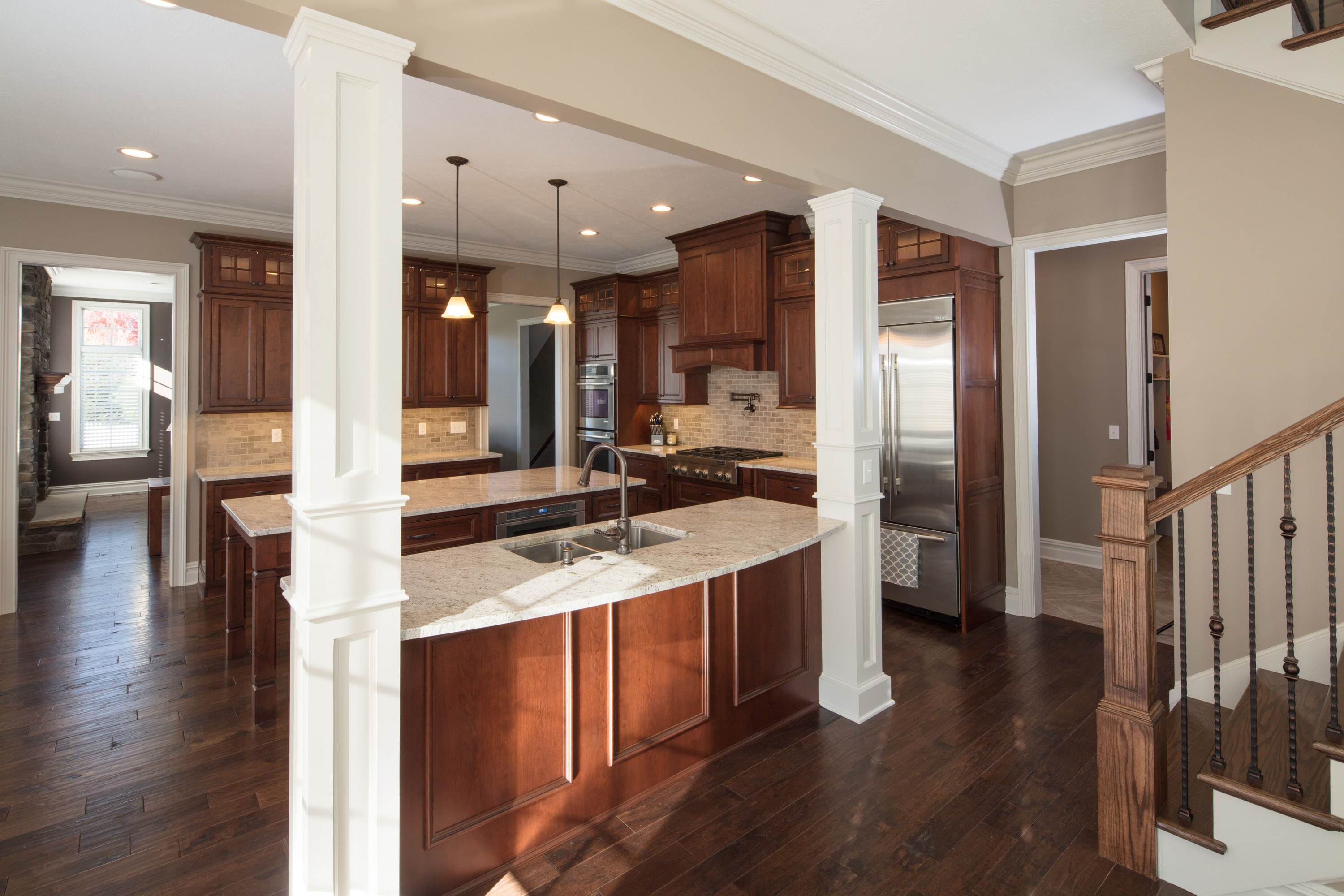 As the house is rather large and the bedrooms spread out, a double stairway was installed making it convenient for the children to have access to the kitchen. 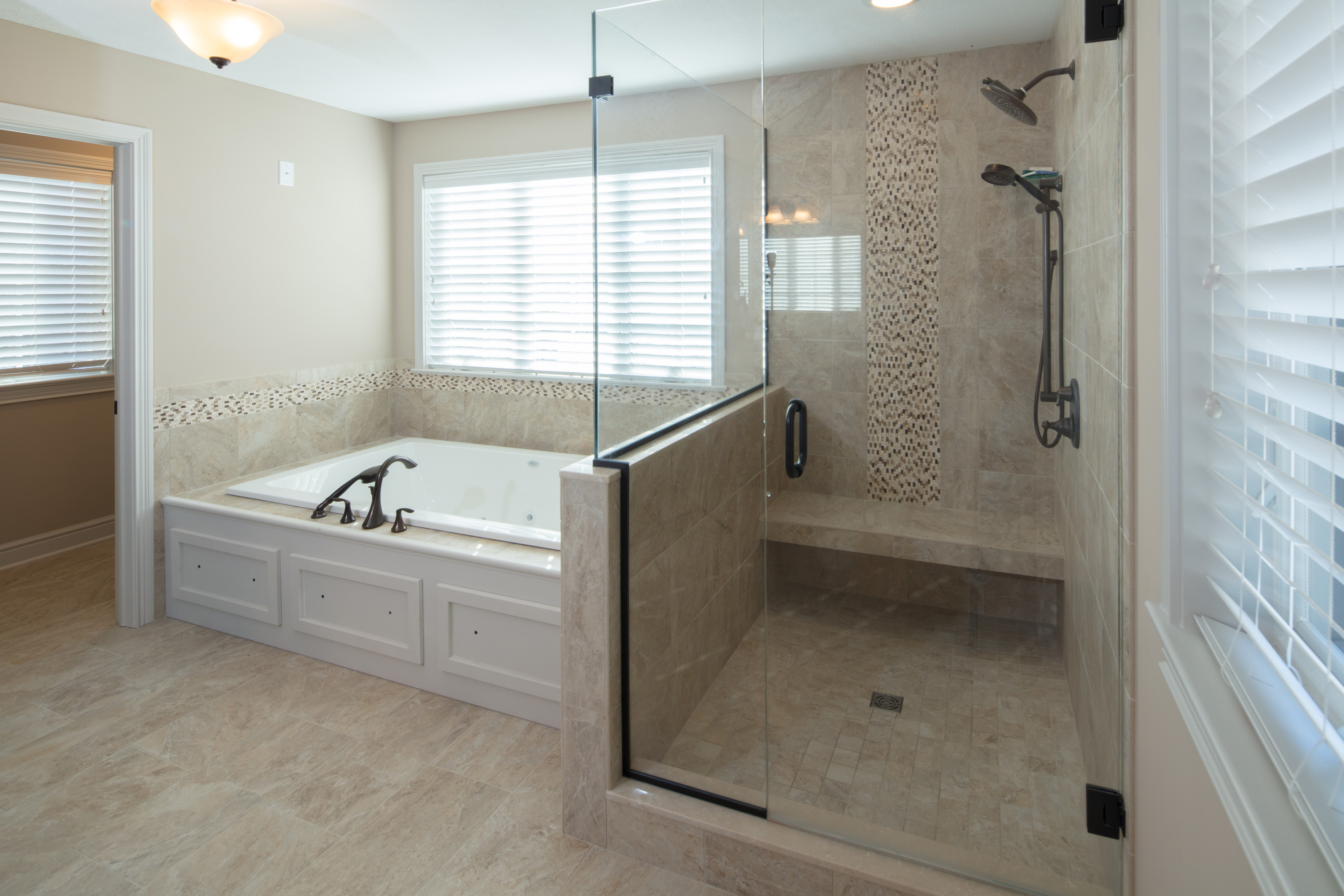 The home was built to exceed Energy Star requirements, achieving a H.E.R.S. score in the mid 3’s. The furnace is a multi-stage unit with an HRV heat exchanger. The walls are 2’x6” with R-5 structural sheeting to create a thermal break.